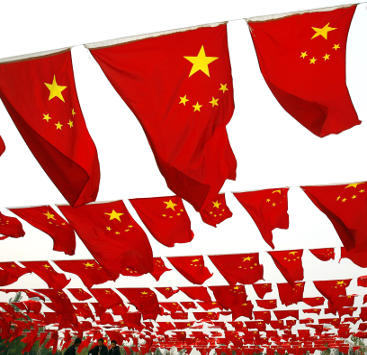 It was not intended as a joke. But on April Fools’ Day, it’s hard to be certain. A Chinese news agency stated that ‘Fools’ Day’ is not in line with the country’s traditions.

It was not intended as a joke. But on April Fools’ Day, it’s hard to be certain.

On Friday, the Chinese state-run news agency Xinhua, which is not famous for its sense of humor, explained how the nation should view “the West’s so-called ‘Fools’ Day.’ ”

“ ‘Fools’ Day’ is not in line with our country’s traditions and socialist core values,” Xinhua said in a message posted on its Weibo account Friday morning. “We hope you will not believe, create or spread rumors.”

The message quickly received thousands of reposts and comments. Some people endorsed the rejection of a Western celebration, while others embraced April Fools’. Many did not take the state news agency seriously.

“This is the funniest joke I’ve seen all day,” another commenter wrote on Weibo.

Some criticized the state news media. “No matter that socialism, democracy, rule of law are all modern phrases that came from the West,”wrote Li Fangping, a lawyer, on Weibo. “Isn’t it funnier that Xinhua, People’s Daily and China Central Television are all fooling us a little?”

“Of course, the mainstream media takes the lead in fooling the people and pretending everything is going great,” wrote another commenter. “For us, every day is Fools’ Day.”

In recent years, the Chinese authorities have sought to curtail the influence of some Western ideas. The education minister, Yuan Guiren, laid out new rules in 2015 banning the use of textbooks promoting “Western values.”

Last month, the minister of civil affairs, Li Liguo, said the country would move to curtail “bizarre” and “foreign” names for buildings and residential compounds that “violate the socialist core values and conventional morality.”

The rejection of April Fools’ Day also reflects persistent concerns about the spread of rumors and false stories online.

In 2013, China issued guidelines calling for up to three years’ imprisonment for anyone who posts rumors that are reposted by more than 500 people or seen more than 5,000 times. People have been punished for posting about aliens and zombies, among some of the more elaborate online hoaxes.

Some people who read Xinhua’s statement on Friday weren’t sure if the news agency was inadvertently engaging in exactly the type of activity it was warning against.

“Heh, heh, old Xinhua, you sure can preach, but you don’t really have a sense of humor,” commented Tang Jun, secretary general of the Research Center of Social Policies at the Chinese Academy of Social Sciences. “Aren’t you afraid that putting out this kind of message on Fools’ Day will make you guilty of black humor?”

In 2015 Honda announed a 10 camera equipped car called HR-V SLF. As many people take selfies they thought it would be a good idea. It turned out to be a hoax.

Google Wind is an innovative system to create better weather in the Netherlands. Old windmills work together to blow away any rainy clouds! April Fool!