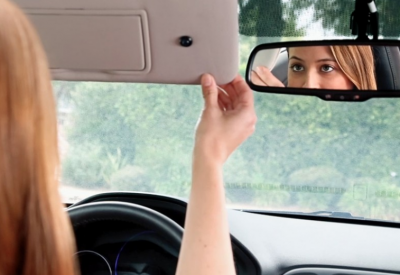 In 2015 Honda announed a 10 camera equipped car called HR-V SLF. As many people take selfies they thought it would be a good idea. It turned out to be a hoax.

The Honda HR-V SLF would include 10 different selfie cameras inside and outside the vehicle. This Honda car even would have a feature which let's users updload photos hands-free to social media.

"With one-third of all photos taken by people aged 18–24 being selfies, and more than one million selfies being taken each day, Honda is introducing a unique trim model to appeal to this key, influential segment. The Honda HR-V SLF, on sale in the U.S. this summer, features 10 selfie cameras throughout the vehicle to capture every moment of the day, in addition to the multi-angle rearview camera which comes standard on all Honda vehicles." 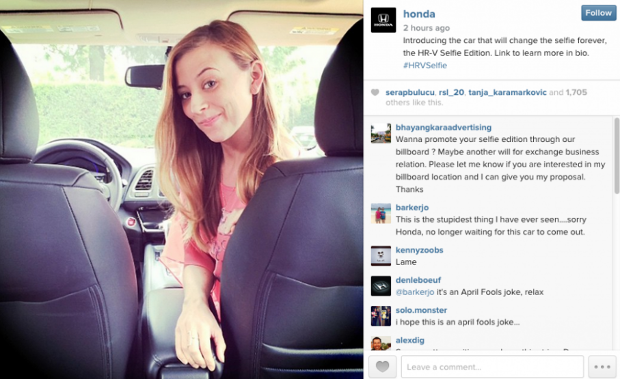 As some of us might have bought this car immediately because of the photographic features, it was an April Fools' hoax by Honda!

Carlsberg stated it fed some cattle hops and two pints of Carlsberg beer a day. Supposedly the meat was very nice after this and they created the Carlsburger.

A revolutionary new product from FreeCharge!

A revolutionary new product from FreeCharge!

Kill those mosquitoes with your all powerful mobile by downloading FreeCharge’s new BuzzKill app. Most promising announcement, right?