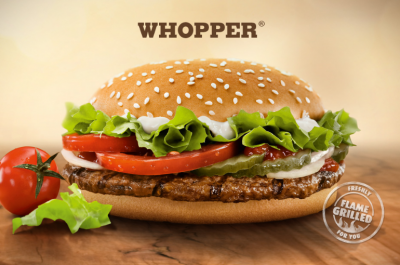 One of the most epic hoaxes on April Fools' Day was the introduction of the left-handed wopper. Burger King introduced it to satisfy left-handed eaters! April Fool!

Burger King published the advertisement on April 1, 1998 in USA Today. The new whopper included the same ingredients as the original Whopper. However, the left-handed whopper had "all condiments rotated 180 degrees, thereby redistributing the weight of the sandwich so that the bulk of the condiments will skew to the left, thereby reducing the amount of lettuce and other toppings from spilling out the right side of the burger." 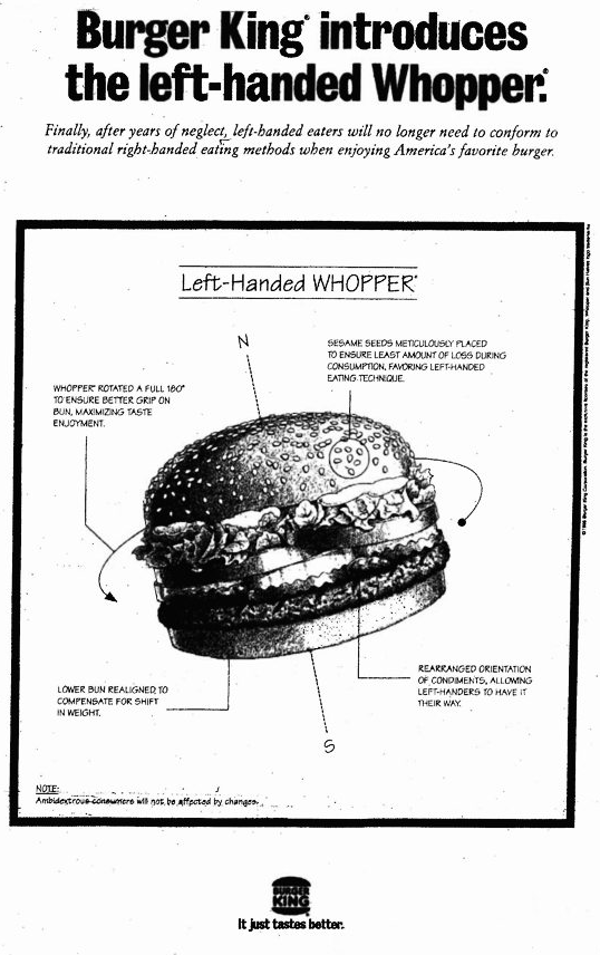 Jim Watkins, senior vice president for marketing at Burger King, was quoted as saying that the new sandwich was the "ultimate 'HAVE IT YOUR WAY' for our left-handed customers." The advertisement then noted that the left-handed Whopper would initially only be available in the United States, but that the company was "considering plans to roll it out to other countries with large left-handed populations."

The following day Burger King issued a follow-up release revealing that although the Left-Handed Whopper was a hoax, thousands of customers had gone into restaurants to request the new sandwich. Simultaneously, according to the press release, "many others requested their own 'right handed' version."

Honda spread an original hoax in 2016 introducing emoji registration plates for car buyers in the UK. Unfortunately for all emoji lovers it was an April Fools joke.

Google has created the Google Gnome, a epic gnome with cool functions.