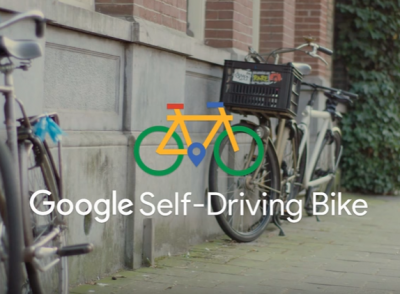 In 2016 Google introduced the self-driving bicycle in The Netherlands. Very convenient to transport your kids from and to the school! April Fool!

As Amsterdam is one of the premier cycling cities, Google first introduced it there. This is how Google announced the revolutionary bike:

"The self-driving bicycle enables safe navigation through the city for Amsterdam residents, and furthers Google’s ambition to improve urban mobility with technology. Google Netherlands takes enormous pride in the fact that a Dutch team worked on this innovation that will have great impact in their home country."

Looking for other April Fools' Day pranks by Google?

Burger King South Africa released a cologne with the smell of the famous hamburger: The Whopper from the Burger King. Would you like to smell like one?

Petco invented the majestic DooDoo Drone. The drone scoops your poop for you!

Imagine the woman of your dreams, your object of desire. Now free your fantasies and imagine that with a magic wand you can close it in one bottle of beer.