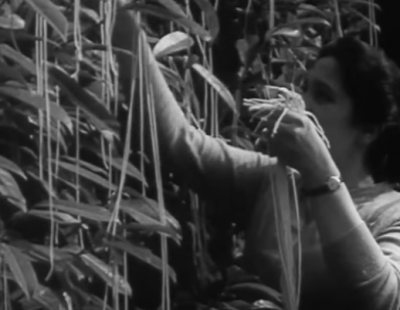 Swiss people had very special trees back in the day. In 1957 the BBC pranked an entire nation by showing the Swiss harvesting spaghetti from trees! April Fool!

The CNN called the following broadcast of the BBC in 1957 "the biggest hoax that any reputable news establishment ever pulled".

The BBC television programme Panorama ran a hoax in 1957, showing the Swiss harvesting spaghetti from trees. They claimed that the despised pest, the spaghetti weevil, had been eradicated.

A large number of people contacted the BBC wanting to know how to cultivate their own spaghetti trees. The editor of Panorama at the time, Michael Peacock, approved the idea, which was pitched by freelance camera operator Charles de Jaeger. Peacock told the BBC in 2014 that he gave de Jaeger a budget of £100.

Peacock said the respected Panorama anchorman Richard Dimbleby knew they were using his authoritativeness to make the joke work. He said Dimbleby loved the idea and went at it with relish.

In 2016 Google introduced the self-driving bicycle in The Netherlands. Very convenient to transport your kids from and to the school! April Fool!

Jim Beam has been making Bourbon for over 220 years. Yet, some people call them Jim Bean! That's why this April they launch a new product: Jim Beans.

Samsung introduced the Galaxy Blade Edge in 2015. It had all the features a Galaxy S6 phone had, but it was also a chef's knife! April Fools' hoax Samsung.